Today, I thought it would be nice to give a little love to my favorite “secondary characters.” Some of them may technically be classified as main characters… but this is my blog and I can do what I want. (Including putting spoilers below.) 🙂

“I wish they were all dead and we were, too.”

For THG entry, I chose the obvious choice: our good friend who loves sugar cubes, Finnick Odair. I mean come on, the character development of this guy is some of the best I’ve ever read/watched. He goes from being what we think is just a conceited pretty boy to someone we feel for as much as Katniss. The story of his exploitation by the Capitol, his relationship with Annie, and of course, his horrific death, are all remarkably well done.

One of my favorite quotes in the entire series is from the opening scene of Mockingjay: Part 1, right before the title screen and that iconic music pipes in. Absolute chills every time.

Caine Soren from the Gone series is the only “villain” on this list. However, by the end of the original six books, I’d say he earns sort-of hero status. (He sacrifices himself and takes the blame for everything that happens in the series.) He goes from having the title of “King of the FAYZ” to being an actual king—someone who has no real power, but ultimately everything falls on his shoulders anyway.

I think what drew me to him in the very beginning is that he attended a super fancy boarding school before all the adults disappeared. The juxtaposition between Perdido Beach and Coates Academy reminded me of a really, really fucked up teen drama and I was there for it.

Julian Fineman is up next. From the Delirium series, he’s the second love interest of our main character. After she loses Alex at the end of the first book, Lena grows attached to Julian while they make their way through the underground. It’s the typical story of someone within the dystopian government turning against it because of love. Except in this case, the dystopian government is actually based upon the idea that love itself is a disease… so, yeah.

Even though I was always an Alex and Lena stan, I fell for Julian too. So much so that when Alex comes back, I was pretty devastated. (And from a quick Tumblr search, that conflicted opinion was shared by most.)

“Kill me. If you’ve ever been my friend, kill me.”

Next up, Newt from The Maze Runner series. (His death, also a cryfest.) He has to be one of the kindest characters I’ve ever come across, especially when surrounded by the rest of the tough-ass Gladers. Also, he has a British accent… so automatic win there.

I only saw the first two films, but Thomas Brodie-Sangster’s portrayal of Newt was spot on. Out of all the characters, I definitely remembered his performance the most. (And that’s coming from a gigantic Teen Wolf stan.)

The newest and final edition is Evan Walker from The 5th Wave. Granted, we do get his point-of-view at times, so he’s not really a secondary character, but I just wanted an excuse to talk about him.

Another fantastic instance of character development. We start with thinking he’s just a lonely farm boy riding out the alien apocalypse to learning he’s an actual alien himself. We follow the trajectory of Cassie, the main character: from loving him to hating him to loving him again. In the end, I wasn’t entirely sure how I felt about him. And for some reason, that made him even more memorable?

All in all, we wouldn’t have stories without these types of supporting characters. They are what move our protagonists, and in turn, move us. ❤

(Ps. So, I just realized these are all male characters, oops. Maybe I’ll make a part two? You best believe Johanna’s gonna be on that list.) 😉 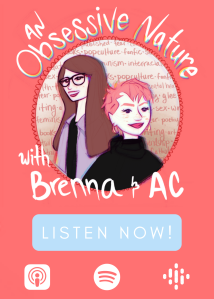 👀 How many times have I told you guys the story of how I brought my first novel into school one day to give to my friend to read and was just so utterly embarrassed about it? 😬⁣⁠
🎶 Not gonna lie, in the week or so leading up to #PitMad (when I was trying to have my manuscript finally finished by), this song became my power anthem. 🎶⁣⁠
After finally giving up querying my first novel, it took me over a year (and a global pandemic) to get my second ready. 😅👊
⏳ Just found some old booky photos from years ago…
%d bloggers like this: